Hanging On Over Christmas and New Years

It seems, sadly, for many people an essential part of being able to enjoy the festive season is overeating and particularly over drinking.

In fact, despite the known consequences, for some people a culture of drinking to excess is very much a part of every celebration.

So, it’s about this time of year we begin to consider once again whether there might be a cure of hangovers.

An internet search provides more than 500,000 website results for the entry “hangover cures”. It’s an indication that either there are many effective treatments, or on the other hand, nothing really works. Unfortunately, the latter is the case.

Clearly, the best way to avoid the problems of an alcohol-induced hangover is to practice abstinence - or at least moderation. However, there are some simple remedies that might reduce the severity of the symptoms of that morning-after agony.

A few years ago the respected US-based business magazine Forbes published an article titled “Ten Top Hangover Cures”. Some were more mythical than medical; they included concoctions such as extract of prickly pear (said to be able to help overcome nausea, loss of appetite and dry mouth) and tripe soup made from the lining of cow’s stomach with the addition of chilli, garlic and other seasonings.

Much more likely to be effective are the fluid and electrolyte replacement products. The reason is, because despite being liquid themselves, alcohol-containing drinks (wine, beer and so on) actually take water away from the parts of our body where we need it most. Drinks containing caffeine such as coffee, tea or cola can have the same dehydrating effect.

To help prevent morning-after headaches, alternate your alcoholic drinks with plenty of water. Before going to bed, it can be helpful also to drink a long glass of sugar-sweetened cordial, an isotonic sports drink or, even better, some Hydralyte or Gastrolyte. It may not seem like the ideal beverage at the time, but it could prevent that really awful feeling the next day.

If that pain you feel needs a pain reliever, then products with paracetamol are probably the best bet; they’re less likely than aspirin to cause stomach upset. Nausea and indigestion are also often part of the problem caused by too much of a good thing.

After a rich meal, our stomachs have to work harder and pump out extra acid to help digest the food and alcohol. The pain or discomfort that follows this exercise in overindulgence can also occur with stress, cigarette smoking, pregnancy and some medicines.

Apart from that uneasy, queasy feeling, often symptoms of indigestion include belching or burping and heartburn (known medically as reflux). A recent electronic newsletter to Australian GPs identified obesity and barbecues as two of the main factors explaining why we experience regular reflux. Quite clearly, being overweight puts pressure on the valve at the top of our stomach and allows the backwash of acid, whilst fatty meat and spicy sauces are also triggers for reflux.

So, if heartburn is your cause of your festive season discomfort, you might get some temporary relief with a liquid antacid like Gaviscon; and a range of more potent antacids in tablet form is also now available without a prescription (Somac is one example). For a headache and nausea, the combination paracetamol/metoclopramide (Anagraine or Metomax) might help. 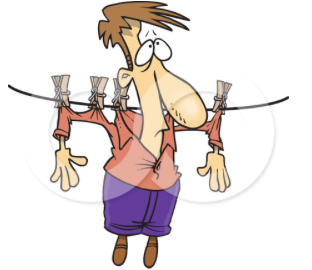